Grounds of cruelty under Hindu Marriage Act in which divorce granted

Cruelty against Husband and ground for Divorce.

Anil Bharadwaj v Nimlesh Bharadwaj (AIR 1987 Del 111)
According to this case a wife who refuses to have sexual intercourse with the husband without giving any reason was proved as sufficient ground which amounts to cruelty against husband.
Mrs. Deepalakshmi Saehia Zingade v/s Sachi Rameshrao Zingade (AIR 2010 Bom 16)
In this case petitioner/wife filed a false case against her husband on the ground of ‘Husband Having Girl Friend’ which is proved as false in a court of law so it can be considered as cruelty against husband.

Kalpana v. Surendranath (AIR 1985 All 253)
According to this case it has been observed that where a wife who refuses to prepare tea for the husband’s friends was declared by the court as cruelty to husband.

Smt. Kalpana Srivastava vs Surendra Nath Srivastava on 22 April, 1985
Equivalent citations: AIR 1985 All 253
Author: O Saxena
Bench: O Saxena
JUDGMENT
O.P. Saxena, J.
1. This second appeal has been filed against by judgment and decree dt. 28th Mar. 1984 passed by the lower appellate Court confirming the judgment and decree passed by the trial Court whereby the petition for divorce under Section 13(1)(ia) of the Hindu Marriage Act was allowed.
2. The parties were married on 10-12-1980 and they lived together for a month and a half. The petition was filed with the allegations that during her stay with the respondent the appellant humiliated the respondent by refusing to make tea for his friends. It was said that on the appellant's desire, the respondent got her admitted in a college for further studies. One day the appellant went on the pretext of going to college and did not come back. On 21st Jan., 1981 she lodged a report against the respondent and his relations for offences under Section 307/406/34 IPC and also under Section 4, Dowry Prohibition Act, 1961. Cases were registered against the respondent and his relations and warrants were issued against them. They had to obtain bail from the court. The police submitted final report in the case under Section 307/406/34 IPC, The other case also did not proceed. The appellant had started vomiting during her stay with the respondent and he got her medically examined. The doctor found that she was in a family way. Subsequently the appellant got rid of the pregnancy and deprived the respondent of a happy family. It was said that the respondent tried his best to persuade the appellant to leave her hostile and adamant attitude, but she was not prepared.
3. The petition was contested by the appellant on a plea of denial. She claimed that she used to prepare food, tea and refreshments for the family members and guests. Her grievance was that the greedy members of respondent's family pressed her for a sum of Rs. 30,000/- in cash and transfer of half of the immovable property of her father in favour of the respondent, but she refused to oblige. She also complained that the respondent had taken all her costly clothes and ornaments. She admitted that she filed Misc. Case No. 120 of 1970 against the respondent, but the latter was avoiding service. She also complained that the respondent did not give her love, affection and sympathy. It was said that the respondent tried to push the appellant in the ocean at Goa where the couple had gone for honeymoon, but she escaped. She referred to third degree methods used by the respondent and his relations. It was said that there was even attempt to commit her murder when the respondent and his relations tried to strangulate her. As she considered life unsafe at the house of the respondent she preferred to stay with her parents.
4. Both the courts below accepted the respondent's version. They held that cruelty under Section 13(1)(ia) of the Act has been proved.
5. I have heard the learned counsel for the appellant and have perused the judgment of the courts below.
6. The case of Dastane v. Dastane, AIR 1975 SC 1534, considered cruelty as referred to in Section 10(1)(b) of the Hindu Marriage Act prior to its amendment by Marriage Laws Amendment Act, 1976. 'Cruelty' referred to in Section 10(1)(b) of the Act had to be of a nature as to cause a reasonable apprehension in the mind of the petitioner that it will be harmful or injurious to the petitioner to live with the other party. The Amendment Act deleted the entire Section 10(1) of the Act and substituted it with the present sub-section, which provides that either party to the marriage may present a petition for judicial separation on any of the grounds specified in Sub-section (1) of Section 13. Clause (ia) was added to Section 13(1) of the Act and the ground provided now is that the other party "has after the solemnization of the marriage treated the petitioner with cruelty". No specified test is now tagged to 'cruelty' and it is cruelty simpliciter.
7. Where a wife refuses to prepare tea for the friends of the husband she not only hurts his ego but causes him humiliation before his friends who may not be tiring of lavishing praises on their wives.
8. Where a wife lodges false reports of non-bailable offences against the husband and his relations, who have to rush to the court to obtain bail in order to avoid arrest, she causes husband deep anguish and brings disgrace and ignominy to the husband and his relations, besides causing harassment.
9. Where a wife gets rid of a pregnancy without the consent of the husband, she causes him mental torture and deprives him of the pleasure and pride of being a father.
10. I am unable to accept that proved facts do not amount to cruelty under Section 13(1)(ia) of the Act. 'Cruelty' is not confined to physical cruelty, but includes mental cruelty. The matrimonial alliance is irretrievably broken where one of the spouses persistently causes mental torture, disgrace and harassment. The entire evidence on record and the totality of circumstances have to be considered for judging cruelty. Applying the test, I am satisfied that the courts below rightly held that 'cruelty' as referred to in Section 13(1)(ia) of the Act has been duly proved. There is no illegality in the findings recorded by the courts below. The findings are based on a reasonable assessment of the evidence on the record. It cannot be said that the findings are vitiated on account of misreading of pleadings or evidence or failure to, consider any material evidence or drawing wrong inferences from proved facts. There is no good ground for disturbing concurrent findings of courts below.
11. The second appeal is dismissed summarily.
Posted by V.K.Singh Advocate at Supreme Court of India at 9:31 AM No comments:

irretrievable breakdown of a marriage valid ground in India ?

Meaning of  irretrievable breakdown of a marriage.
The situation that exists when either or both spouses no longer are able or willing to live with each other, thereby destroying their Husband and Wife relationship with no hope of resumption of spousal  duties.
The irretrievable breakdown of a marriage provides the ground for a no-fault divorce in many jurisdictions.

Is the ground for  irretrievable breakdown of a marriage is valid in India for Hindus?

Posted by V.K.Singh Advocate at Supreme Court of India at 11:02 AM 2 comments: 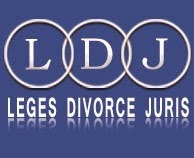